Planet Name in English for Kids 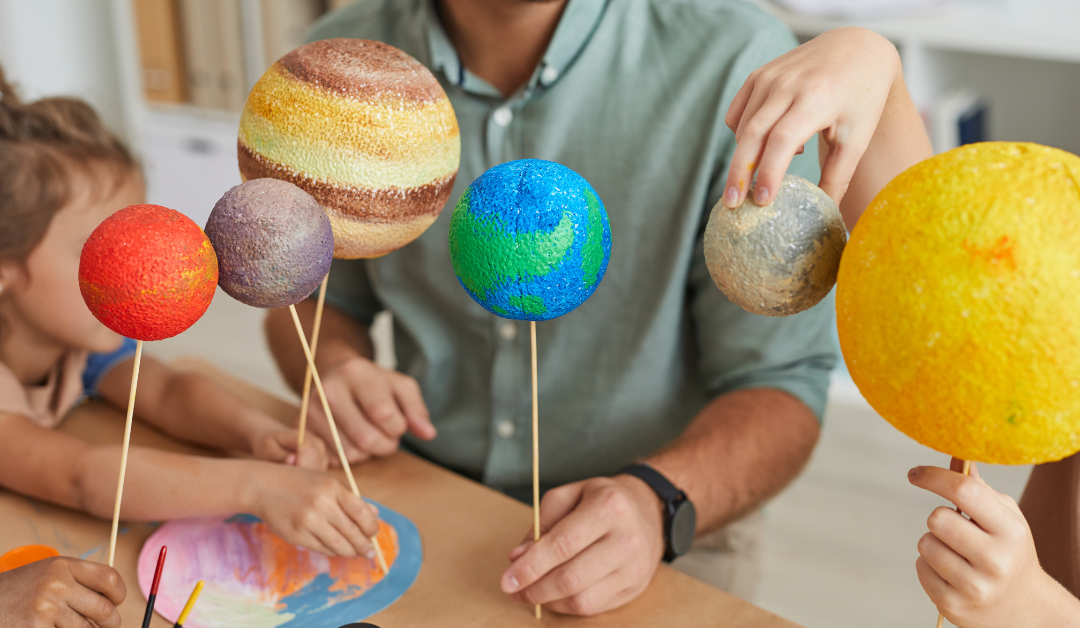 Learning about space can be exciting and confusing. However, parents can help their kids start discovering the wonders of astronomy with cool and simple space vocabulary that the little ones can understand.

One of the most familiar words related to space is “planets,” especially those in our solar system. Here are the English names for the planets and their definitions.

Planet
A large object that circles around the sun or any other star.

Dwarf Planet
An object that is smaller than a planet, but is round and orbits the sun.

Mercury
The planet in our solar system that’s closest to the sun.

Venus
The planet that is similar in size to Earth.

Earth
The planet we live on.

Mars
The fourth planet from our sun, sometimes called the “Red Planet.”

Ceres
The dwarf planet between Mars and Jupiter.

Jupiter
The biggest planet in our solar system.

Saturn
The planet surrounded by a system of rings.

Neptune
The planet in our solar system that’s furthest from the sun.

Uranus
The planet that rolls rather than spins.

Pluto
The dwarf planet that used to be considered the planet furthest from our sun.

Let’s explore some of the brightest objects in space with a vocabulary list related to the sun, moons, and stars!

Constellation
A group of stars in the sky that form specific patterns from certain locations.

Galaxy
A large group of stars is held together by gravity.

Lodestar
The name for the North Star.

Milky Way
The galaxy we live in.

Nebula
Dust or gas cloud you find between stars

Neutron Star
A star is made out of uncharged nucleons, or the parts that make up a nucleus.

Solar Flare
Particles and energy that burst from the sun at once.

Star
Shining gas is held in a ball by its own gravity.

Sun
The star in the middle of our solar system.

Supernova
The bright explosion of a star.

When children learn new words about astronomy and space, they can start their own journey of discovery! This is a great beginning for your kids’ development in English as well as their curiosity and imagination.

To learn planet names in English for kids, you can download the Galaxy Kids app – the best English learning app for kids!

Parts of a Face in English for Kids

Your kids probably know how to say head, shoulders, knees, and toes now after learning about body parts in English, but how about parts of the face? Learning about the face in English will help children understand feelings too. For example, they will know that you are happy when your mouth smiles. To teach children […]

Vegetables Names in English for Kids

Vegetables are an important part of daily meals. Vegetables provide nutrition and vitamins to help kids become healthier and smarter every day. Even so, many young children hate to eat them and always take vegetables off their plates. So how can you get your child to eat vegetables every day without forcing them? First, as […]